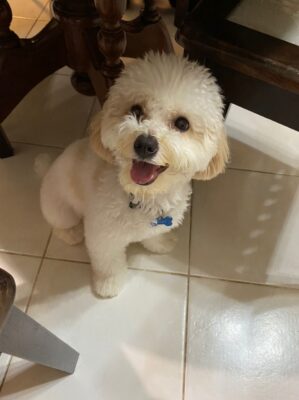 My furkid Toby is an 8 month old poodle. We brought him home when he was 2 months old. He is indeed a handsome and obedient boy; also very expressive when he is happy, unhappy or sad.

Of late, he stopped eating on his own. He would sit there sulking and would not eat unless we handfed him. After a while, he refused to eat even when we handfed him.

During this period, I had to leave Toby at a pet boarding place as I had to travel and there was no one at home to take care of him. By the time he came back from his 2nd round of boarding, he had lost a significant amount of weight.

The vet suggested i boil some chicken broth and add that along with the meat to his kibbles. It worked for two meals then he started to refuse his food again.

Again, I had to leave home, but this time my elder daughter was around so Toby stayed home. During this period, he finished his meals in 10 minutes without a fuss. But when I returned home, he stopped eating again!!

When Hui Ling shared with me about her furkid and how clearing the blocked qi helped, I booked an appointment for Toby without a second thought. I was desperate & at my wits end. As a mommy, i get worried when my kids don’t eat well, the same goes with my furkids.

During the session, we discovered that Toby had blocked qi due to being abandoned by his father in his previous life and again by his mother when he was a puppy.

On top of having developed blocked qi from feeling abandoned, he also developed separation anxiety while at the pet boarding. I was warned that the word ‘pet boarding’ is a taboo & should not be mentioned in Toby’s presence else he will develop another blocked qi.

I discovered that my furkid is highly sensitive to my words, he can be haughty like a prince and….I am his world.

And so I learn to understand my furkid and his needs. I learn to be firm yet gentle with my words. I learn that he will need a lot of assurance (and a session to release the blocked chi) should I need to go out or be separated from him for a period of time.

Today is day 2 after the blocked qi has been removed. Much to my relief, Toby is eating on his own with a bit of coaxing and lots of praises. Thank you, Dhennver and Hui Ling, for helping me & Toby. I look forward to watching Toby gobbling down his meals. 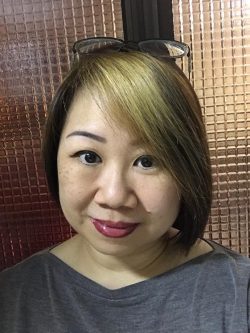 Search with Your Keyword